In The Design of Everyday Things, my friend Donnie goes to great lengths to explain how we need to stop talking about technology as a neat thing to be manipulated and instead focus on the need to manipulate the humans who will be using the technology into doing whatever it was they intended to do with the technology in the first place.

The one surefire way to lose that lucrative freelancing contract

When I make a pitch, I try to never ever utter a word that will confuse the buyer. Instead, I focus on the business needs(5) of my prospective customers.

If you are talking about technology, you’ve already lost ’em, because technology solutions can always be found cheaper on fiverr.com, upwork.com, and bestbuy.com. You know what can’t be found on Fiverr.com? A hug. A pat on the back. A conversation that makes a connection (Just ask my friend, Chad, who recently invested weeks arguing with a guy on Fiverr about an .flv filetype export – all for only 5 bucks!).

That’s why I was so annoyed to listen to another podcast about why WordPress sucks.(6) This type of anti-specific-technology-speak reminds me of the pointless conversation people have about the dangers of PowerPoint, incandescent bulbs, and German shepherds(7).

Heres How I Handle the Tools Conversation

Since the only people who care about tools are “tools” people, and “tools” people are never the ones with spending money, the simple solution is to not mention tools at all! Btw, you’ll know you aren’t talking to a person with the power to cut checks(8) if they start talking about tools, or worse – how they’re gonna build the next Facebook-but-not-Facebook with the custom tool you are gonna build for them for a generous 10% share of the tool you build!

Just like Slack has never solved a business communication problem, technology tools are rarely the answer to your business problem. Here are 21 totally free inspirational ideas you can put into action today that will improve your business today.

My friend, Donnie, is like my grandpa’s friend, Frank(9), and my crazy right-wing Republican friend, Howard, who built things that fit the humans who used them, even if they had leaky roofs. They didn’t create things that they hoped some humans would find interesting – they started with the human-first and not by accident built things that humans loved – And so can you!

2.I like to imagine that he goes by the name, Donnie. All his books call him “Donald” for some reason.

3.He calls these things “affordances”, but what the heck is an “affordance”?! It turns out (after researching this word in depth) that it’s simply a fancy academic attempt to raise their stature and confuse us plebeians(4). It’s also a “thing”.

4.Using “plebians” in an actual sentence in the wild was my fancy academic attempt to raise my own stature.

5.By “business need” I mean listening to the highlights of my customers’ recent divorce hearings.

6.The truth is that I was delighted to hear someone talking about WordPress in any way, shape, or form, because I’m desperate to be recognized as a person who works on important and well-used things.

7.How can you possibly complain about this little sweetheart?! Fwiw, When I was a kid, I was terrified of my friend, Scott’s, German shepherd named Blue until I fed him a piece of bologna. After that Blue was sweet as a pineapple-flavored candy cane! This trick also works on spouses.

8.Or at best, they have the ability to cut very very little checks which can buy, at most, 3 stacks of bologna.

9.Now we’re just getting crazy…Frank Lloyd Wright wasn’t a real person, so how could my grandpa know him?! 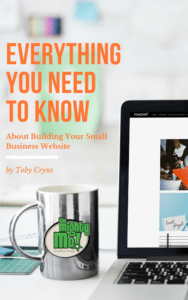